Check out the highlights as the ARIAs hit 30.

The 2016 ARIA Awards were held on 23 November, 2016 at the Star Event Centre, Sydney. The 30th edition of the awards was hosted by Brisbane duo The Veronicas, who also performed their #1 single 'In My Blood'.

Let's have a look at what else happened on the night!

The big winner of the night was the Sydney electronic producer Flume, who took home a total of eight awards, including Best Dance Release, Best Pop Release, Best Independent Release, Best Male Artist, and the night's biggest award - Album of the Year for Skin. Additionally, his album took out all of the Artisan Awards gongs: Producer of the Year, Engineer of the Year and Best Cover Art. Flume provided the show with one of its most memorable moments when he trashed Sydney's lockdown laws during his acceptance speech for Best Male Artist. He also performed his hits 'Never Be Like You' and 'Say It' with a guest vocalists Kai and Tove Lo.

The show also featured first-time ARIA wins for both Troye Sivan and Violent Soho. Sivan took home the publically-voted Best Video for 'YOUTH – Acoustic' and Song Of The Year (also for 'YOUTH'), while the Soho boys took home Best Group and Best Rock Album for their fourth album Waco.

Both acts also performed at the awards: Troye Sivan treated the audience to 'YOUTH' and Violent Soho filthed up the stage with some garage grunge goodness in the form of Waco cut 'Like Soda'.

The Best Female Artist was awarded to Sia who didn't appear to the awards, instead sending LGBTIQ activist Angie Greene - sporting a marriage equality t-shirt - to claim the trophy on her behalf.

One Direction took home the publicly-voted Best International Artist for the fifth consecutive year. It was the last time they'd pick up the prize.

Trans-Tasman music royalty Crowded House were inducted to the Hall Of Fame as part of the 2016 ceremony. After touching tribute performances of 'Fall At Your Feet' by Missy Higgins and 'Better Be Home Soon' by Powderfinger’s Bernard Fanning, the band performed their hit 'Distant Sun'.

Jimmy Barnes and Jessica Mauboy kicked off the show with a rousing rendition of The Easybeats' classic 'Good Times'.

Aussie legend John Farnman wrapped up the night with his incredible performance of iconic anthem, 'You’re The Voice'. Farnham won Album Of The Year and Single Of The Year at the very first ARIA Awards, held in 1987.

Watch all the performances below! 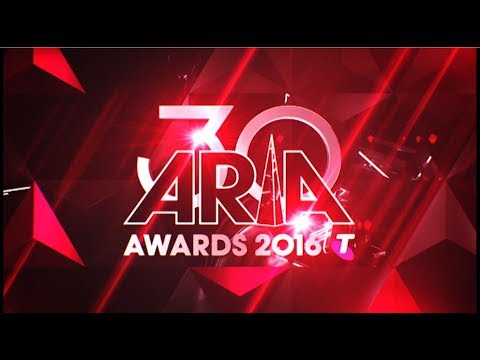 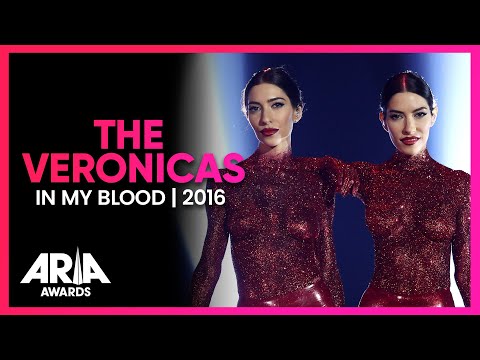 The Veronicas: In My Blood 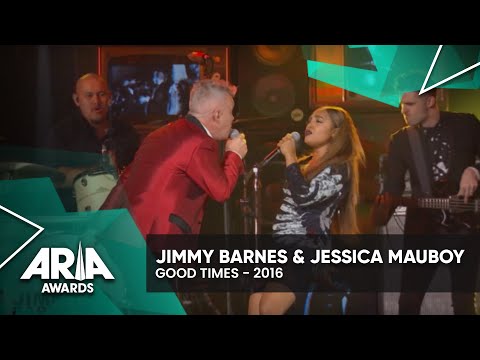 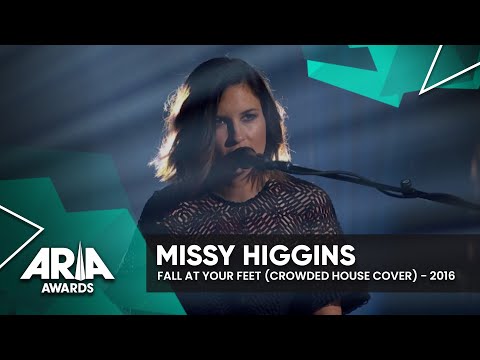 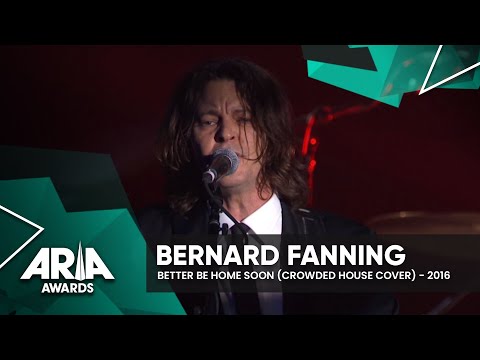 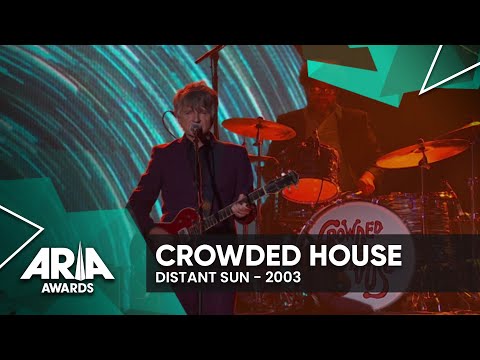 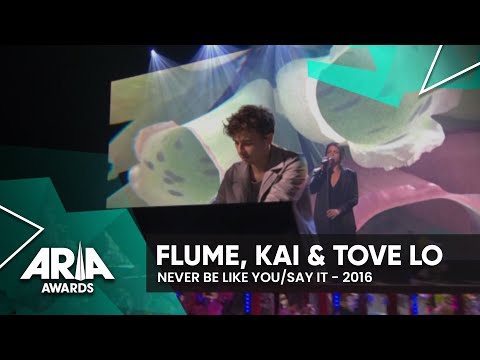 Flume, Kai & Tove Lo: Never Be Like You/Say It 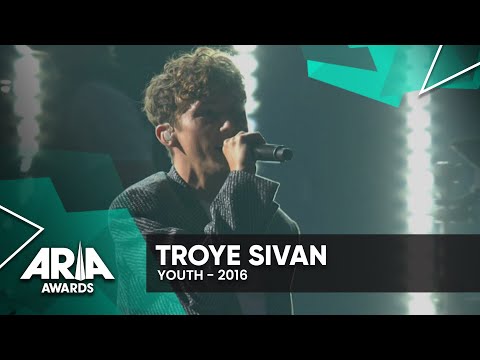 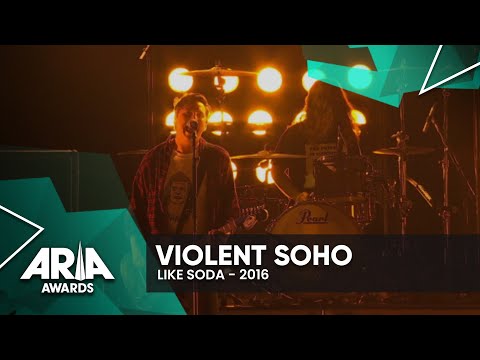 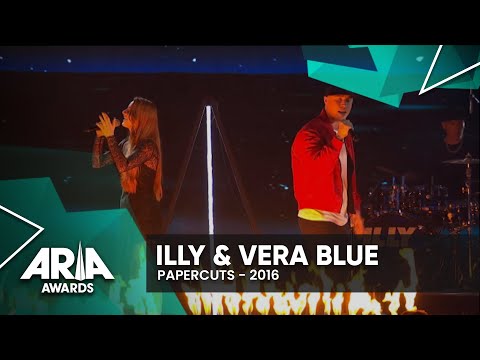 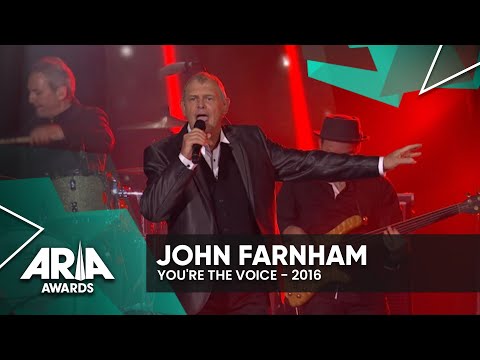 John Farnham: You're The Voice 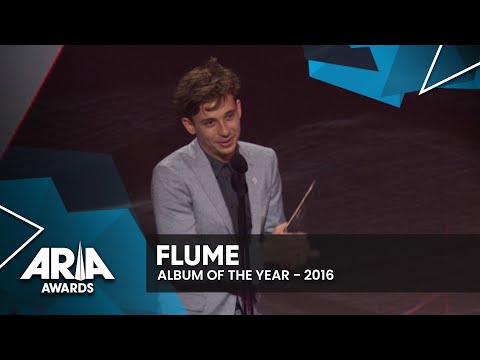 Flume wins Album of the Year 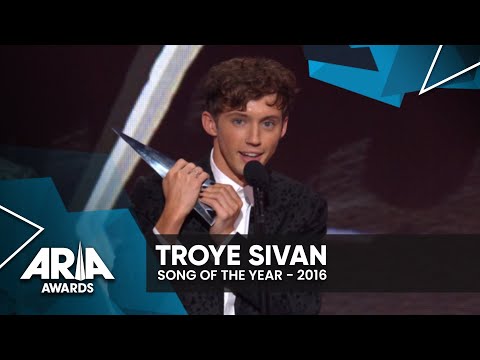 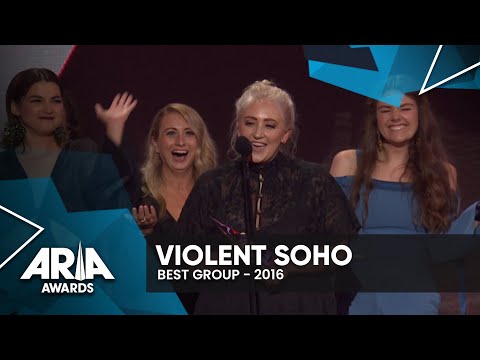 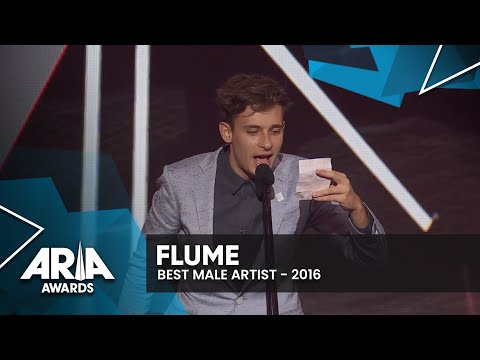 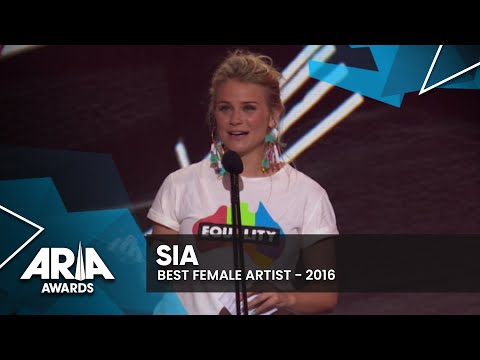 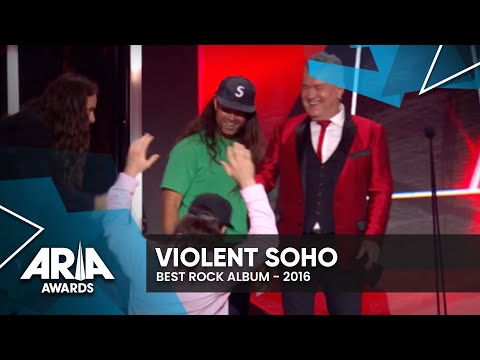