Debuts for Cardi B, Sia and more!

Debuts for Cardi B, Sia and more!

‘Savage Love (Laxed - Siren Beat)’ by Jawsh 685 and Jason Derulo notches up its sixth week at #1 on the ARIA Singles Chart. The track breaks the record for the most weeks at #1 on the chart by a New Zealand artist, taking over from OMC’s ‘How Bizarre’ (#1 Apr. ’96).

After debuting at #20 last week, British producers Joel Corry and MNEK climb nines spots to hit #11 with ‘Head & Heart’. The single has spent three straight weeks at #1 in the UK.

As it spends its sixth week in the Top 50, Amy Shark’s ‘Everybody Rise’ returns to its previous peak, reached in late-July. The ARIA-winning singer-songwriter recently performed the track at the Sydney Opera House for The Sound. 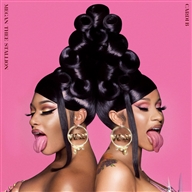 Cardi B Feat. Megan Thee Stallion
American rapper Cardi B takes out her first Top Ten entry as a lead artist with ‘WAP’. The Megan Thee Stallion-featured track is the first track to come from Cardi B’s forthcoming second album, the follow-up to Invasion Of Privacy (#5 Apr. ’18). Cardi B last charted with ‘Please Me’ (#22 Feb. ’19). ‘WAP’ takes over from ‘I Like It’ (#14 Jul. ’18) as her highest-charting single. 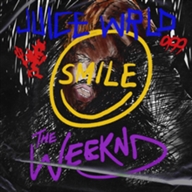 Juice WRLD Feat. The Weeknd
The late Juice WRLD scores a third entry in this week’s Top 50 as ‘Smile’ debuts at #8. Featuring The Weeknd, the track is a part of an updated version of the rapper’s #1 album Legends Never Die, that was released on the same day as the single. This week Juice WRLD also sits at #9 with ‘Come & Go’ and #20 with ‘Wishing Well’. 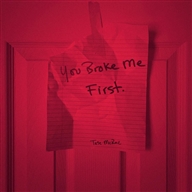 You Broke Me First

Tate McRae
17-year-old Canadian artist Tate McRae makes her ARIA Charts debut with ‘You Broke Me First’. The track has been used in over 170,000 videos on TikTok and has become McRae’s first chart entry in a number of territories. It’s the first single released from McRae’s forthcoming second EP, the follow-up to January 2020’s All The Things I Never Said.

Sia
Australian artist Sia makes her first appearance in the ARIA Top 50 in two years with ‘Together’. The track comes from the soundtrack to forthcoming film Music, which Sia has written and directed. It’s her first chart entry since the collaboration with David Guetta, ‘Flames’ (#19 May ’18) and her first solo entry since ‘Never Give Up’ (#29 Feb. ’17).
Share

All The ARIA Singles Chart #1s

All The ARIA Albums Chart #1s