The surprise release of eighth album folklore has given American star Taylor Swift her sixth #1 on the ARIA Albums Chart. Her previous albums, Lover and 1989, sit at #12 and #26 this week, respectively.

After the release of the album on physical formats, The Strokes’ The New Abnormal re-enters the chart at #23, two spots below its debut position. It takes out #3 on the Vinyl Albums Chart this week.

Celebrating its 40th anniversary this week, AC/DC’s legendary 1980 album Back In Black returns to the Top 50 at #38. 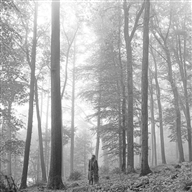 Taylor Swift
Releasing her surprise eighth album folklore, Taylor Swift takes out her sixth #1 on the ARIA Albums Chart. Announced only hours before its release, the album comes less than a year on from the American singer-songwriter’s previous long player, Lover (#1 Sept. ’19). It sees her sharing production and songwriting duties with Aaron Dessner of The National, as well as Bon Iver and long-time collaborator Jack Antonoff. Her latest #1 puts her at equal second with Kylie Minogue and P!nk for most #1 albums by a female artist (the current record-holder is Madonna, who has eleven). Taylor Swift has also topped the chart with Speak Now (#1 Nov. ‘10), Red (#1 Oct. ‘12), 1989 (#1 Nov. ‘14), Reputation (#1 Nov. ‘17). With her six chart-toppers, Swift has had the most #1 albums in Australia by any artist between 2010 and 2020. 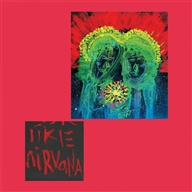 Cub Sport
Brisbane’s Cub Sport make their ARIA Top Ten debut with Like Nirvana. The quartet’s fourth album comes a year and a half on from their self-titled third album (#12 Jan. ’19) and features a collaboration with fellow Brisbane artist Mallrat on the track ‘Break Me Down’. The band performed the track ‘Be Your Man’ on last week’s edition on The Sound. Like Nirvana is #1 on this week’s ARIA Vinyl Albums Chart.

The Kid Laroi
The Kid Laroi makes his Albums Chart debut with F*ck Love. The 16-year-old Sydney rapper’s debut mixtape includes the collaboration with the late Juice WRLD, ‘Go’ (#23 Jun. ’20), as well as new single ‘Tell Me Why’ (#49 this week) and an appearance by Lil Mosey. 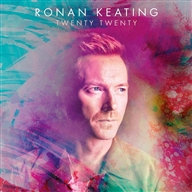 Ronan Keating
Ronan Keating scores his eighth Top Ten as he releases his first album in four years, Twenty Twenty. The follow-up to Time Of My Life (#6 Feb. ’16) is the Boyzone member’s eleventh solo album and marks two decades since his debut Ronan (#5 Sept. ’00). It features duets with Robbie Williams, Shania Twain, Emeli Sandé and Australian singer/actress Clare Bowen, as well as new versions of the hits ‘When You Say Nothing At All’ (#3 Aug. ’99), ‘Life Is A Rollercoaster’ (#6 Aug ’00) and ‘Lovin' Each Day’ (#21 May ’01). 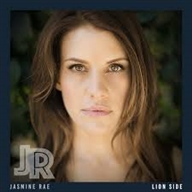 Jasmine Rae
Australian country artist Jasmine Rae takes out a new Albums Chart peak with Lion Side. It’s the three-time ARIA-nominated artist’s fifth album is her first since Heartbeat (#41 May ’15). Her previous peak was with If I Want To (#23 Aug. ’13). 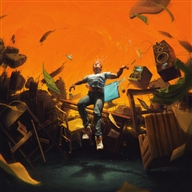 Logic
Ahead of his retirement from music American rapper Logic releases No Pressure. His sixth studio album comes a year on from Confessions Of A Dangerous Mind (#12 May ’19). Logic is retiring from music following the birth of his son. His highest chart peak was with YSIV (#8 Oct. ’18) 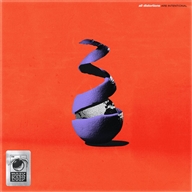 All Distortions Are Intentional

Neck Deep
Neck Deep score their third Top 50 appearance with All Distortions Are Intentional. The fourth album Welsh pop punk band is a concept album set in the fictional society Sonderland. It’s the follow-up to The Peace And The Panic (#8 Aug. ’17), their highest peak to date.
Share

All The ARIA Singles Chart #1s

All The ARIA Albums Chart #1s